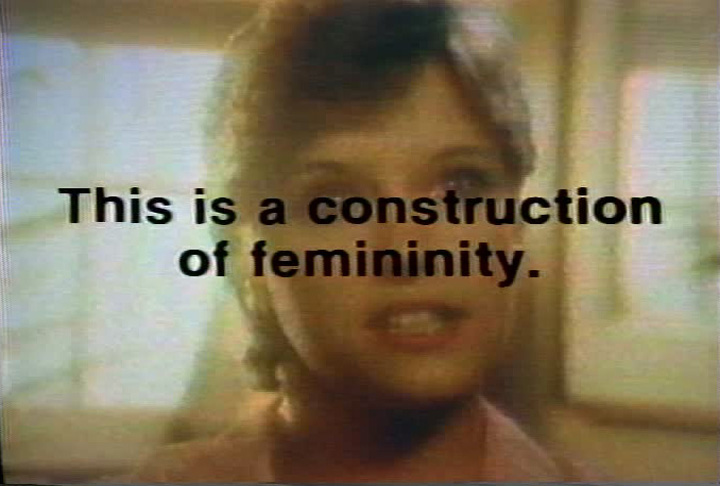 While the statement seems so common as to be almost a cliche, this tape presents a visual depiction of the fact that the mass media – television in particular – do not reflect most people’s lives. We produced imagery within our own home that directly conflicts with mass-media ‘home-life’ imagery and values. We also took images that originated within the mass media and totally changed their value system either by isolating the implied (and very conservative) messages and naming them or by entirely replacing the soundtrack, and thus creating a ‘new script.’ We did this in order to suggest that criticism is possible, even within a monolith system such as the mass media, and to further suggest that this critical attitude does not necessarily have to lead to cynicism on the part of the audience.