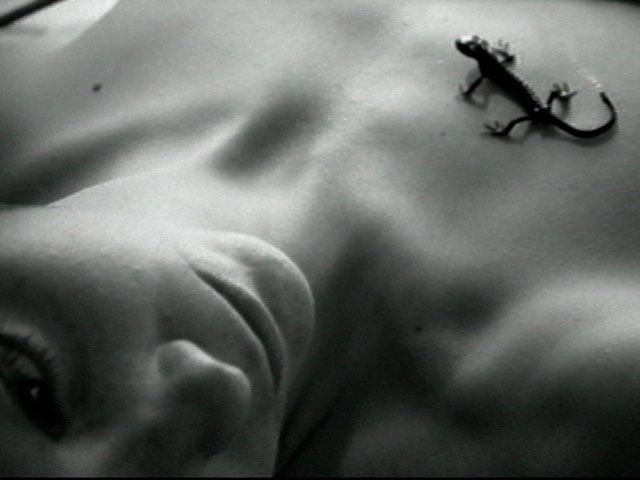 “In this tape I wanted to construct a fictional narrative and also to tell a ‘story’ with visual images. Inspired by, more than based on , the King Arthur-Lancelot-Guinevere legend, this seven-part tape tells the story of a woman existing within both marriage and an ‘affair,’ both male-defined confines to her. Seen from her own viewpoint, she is a sleeper waking to a world almost totally inhabited by insects. She sees everything in extreme close-up, describing her life, the movement of the insects, sexual experiences, and finally her own death in the same microscopic detail. Throughout the tape, I tried to maintain a visual silence; that is, the images may change frequently but movement within each frame is kept to a minimum.” -L.S.