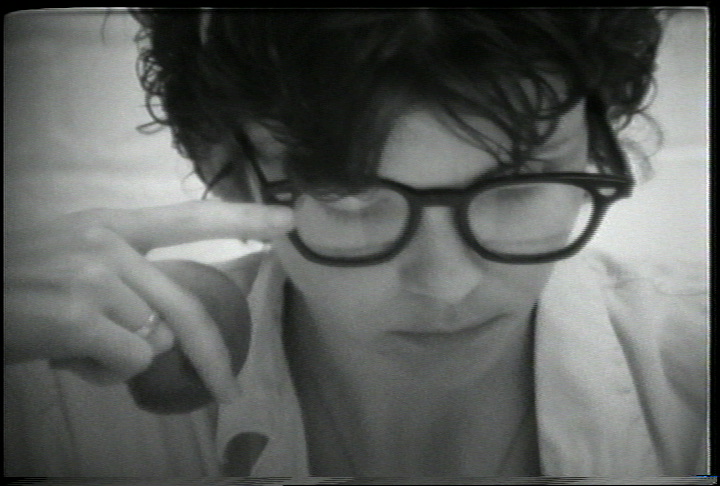 “From 1974 to 1986 I worked at a shelter for women and children. Most of the women who came to this shelter had been victims of violence. In doing these two tapes, I began to draw directly on this experience, synthesizing many women’s lives into single, composite characters. I created the character in these tapes, the eccentric Mrs. Pauly, in order to find out why some women ‘go off the deep end’ when confronted with social control.” -L.S. The first tape in the Mrs. Pauly diptych shows her evolution from isolated weirdo to first-class witness. As her psychically damaged personality emerges, we see it as a product of skewed religious rituals and an aggrieved sense of being wronged.