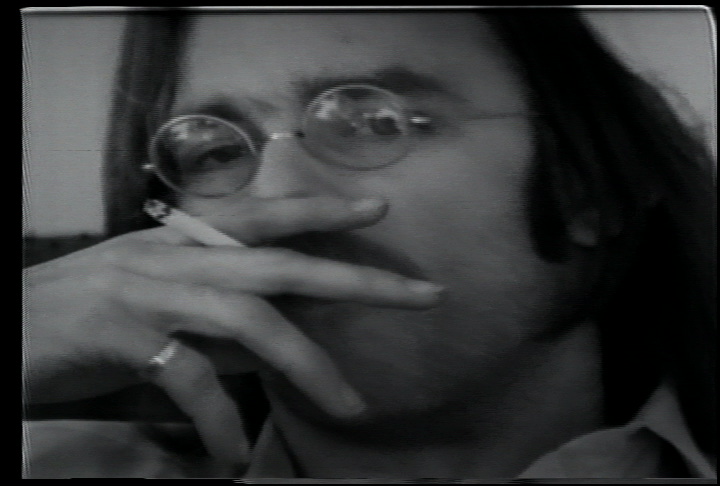 “This tape is a formal investigation of androgyny. Or, more accurately, how androgyny might be present within a group of three men and two women. This notion of an equality of action, intention and emotion is constructed by juxtaposing a poetic text that is identical except for the pronouns over the visual images of each of these five people. They appear as “real people”, as facts. The tape ends with the statement: “You’ll know me by my face.”, a statement which is only true in a purely physical sense; the viewer in fact knows nothing of any of the people who have been shown.