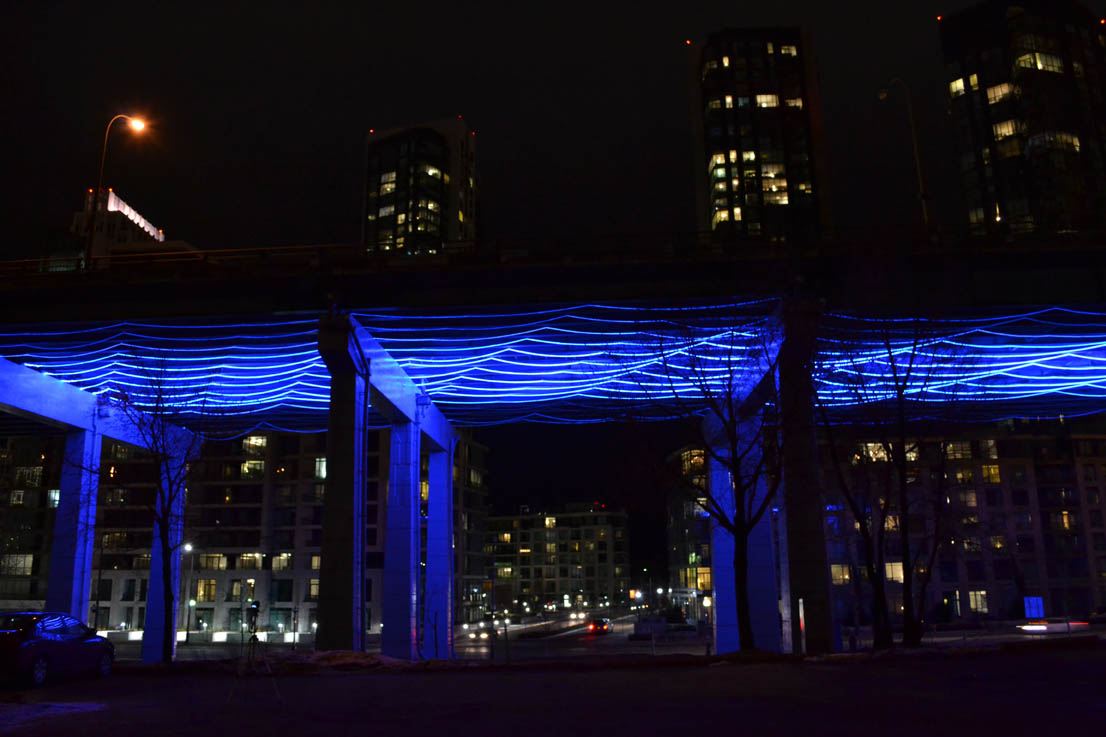 A public artwork commissioned by the City of Toronto to mark the original shoreline of Lake Ontario and the new entrance to historic Fort York. 2009, expanded in 2011.

Memory, when left alone, often creates phantasms, creatures that will not obey reason, insinuations from the past that will not follow the rules. WATERTABLE will raise the dead shoreline to haunt the living, forcing the wall of glass-skinned condo towers to forever check their back. The unsettling presence of the past situated squarely within this futuristic landscape of glass towers creates a sense of urban tension that resists resolution.

WATERTABLE highlights the area of the original Toronto waterfront just to the south of Fort York, thus illuminating the original shoreline of Lake Ontario. It was the area of the shoreline that was first spied by all those arriving at this place that would evolve into the city (first) York and (later) Toronto. It was this approach to the land from the water that many remarked upon in Toronto’s early historical writings, often pointing out the distinctive poplar and fir trees of the bay at this point of the early shoreline. This is the view that greeted generations of Aboriginal inhabitants who used the poplar and fir treed Humber Bay landing as the spot on which to disembark from their canoes and begin their journey to the gathering place near present-day Lake Simcoe. This is the area drawn by Elizabeth Simcoe, wife of the first Lieutenant Governor of Upper Canada and that presented itself to all of the early settlers and passers-through.

It is this shoreline that WATERTABLE re-marks with a reflective light work that brings back the memory of a place now erased. Not in the service of nostalgia but to serve as a marker of that which was.