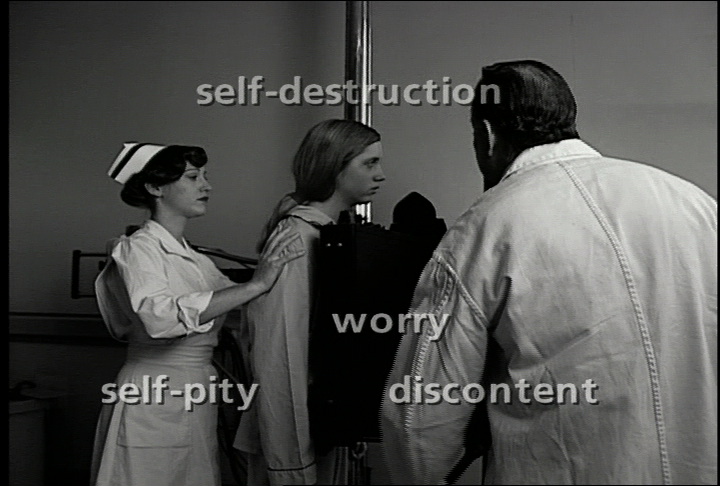 The Blood Records: Written and Annotated

Set in a tuberculosis sanatorium in 1944 in the heart of the Canadian prairies, The Blood Records: written and annotated explores the world of a young girl, ill with tb. Struggling to escape her diseased body, her spirit roams freely throughout the long days and nights, reminiscing about her family, fearful of the fate of a beloved older brother who is fighting in The War, missing her native language (French) which is now foreign to her tongue after two years in the English hospital and idolizing the handsome but distant war correspondent who has just been admitted. A haunting tale of disease and loss, the work infuses the irrevocably sad memories of the girl with a hope only possible through survival. Visually compelling, with austere tableau shot on location in real sanatoria lending a feeling of inevitability to each scene. A tale told within the skin of consciousness.

Genealogies of Blood and Breath by Sky Glabush. Border Crossings, 2005.