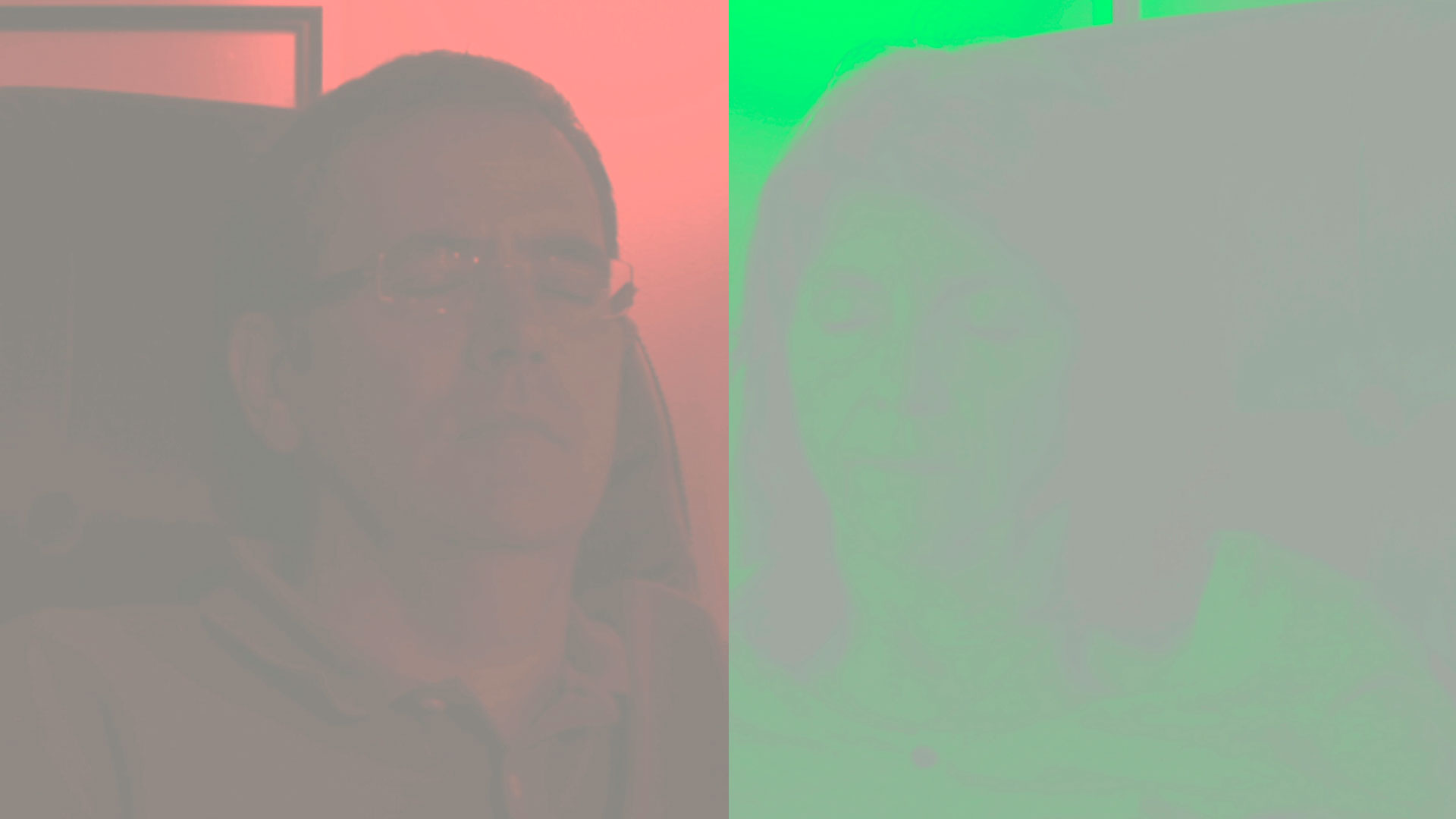 We were honoured to be included in this inaugural Biennial selected by Senior Curator Candace Hopkins, Curator Tairone Bastien, and Assistant Curator Katy Lawson. The trilogy …before I wake was presented in two large adjoining rooms in the 259 Lake Shore Ave. E. location of the Biennial. Separated by a large hanging curtain depicting the artists’ home living room, the first room featured a projection of We’re Getting Younger All the Time (2001) and Practicing Death(2003) that was presented on 3 stacked box monitors. In the darkened adjoining room, a large projection of Entranced(2012) played with a bench and carpet added to enhance the viewers’ experience.  As part of the Biennial programming series Currents, Steele and Tomczak conducted a walk-through of their work and engaged n conversation with the audience attending on October 6, 2019. Later they were amongst the artists interviewed by Aliya Pabani for a series of podcasts produced by Pabani and Angela Shackel for the Biennial, This short interview about their collaboration is at: https://torontobiennial.org/programs-tba-podcast/