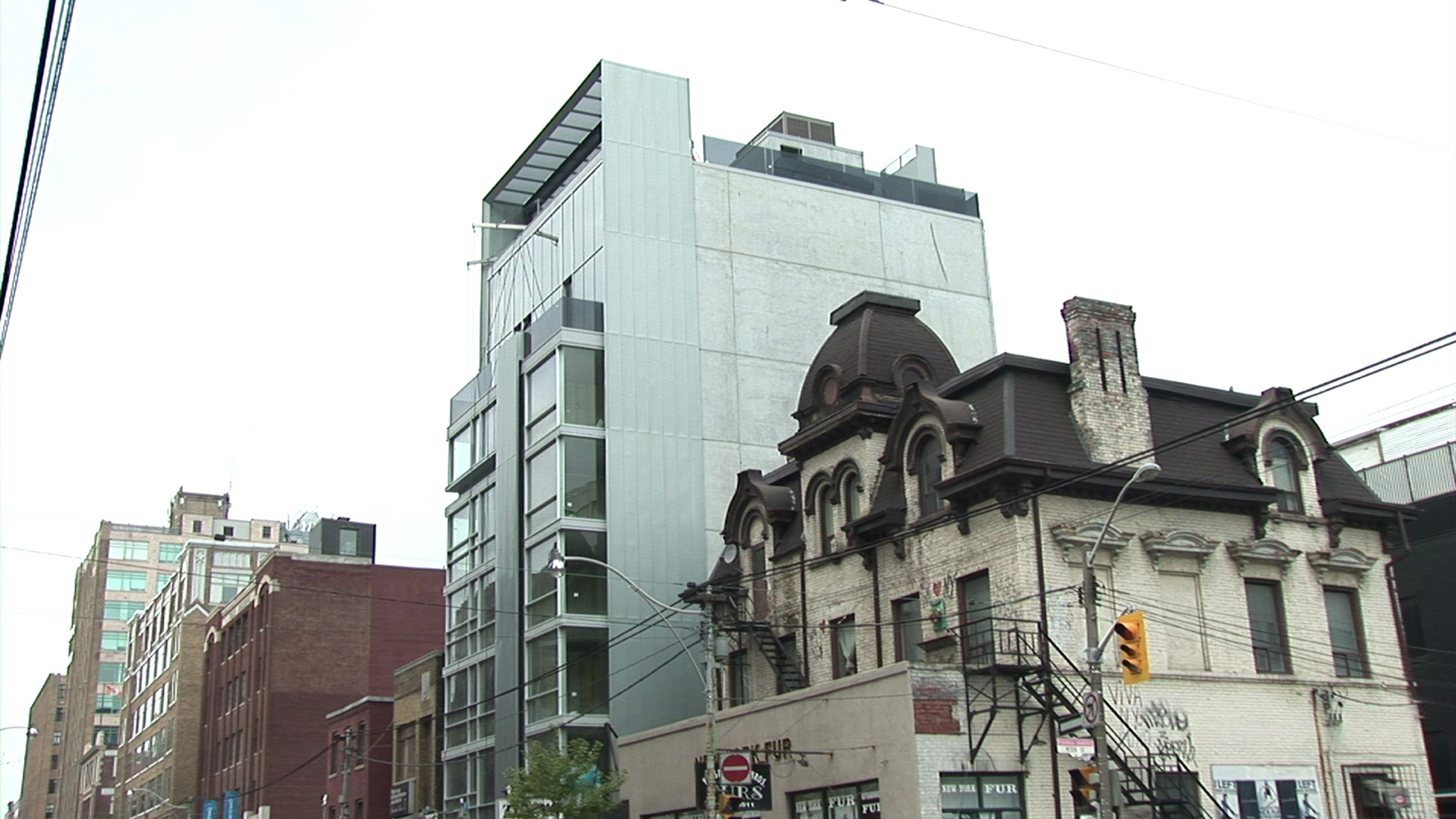 Becoming … considers architecture and changing urban environments. The video installation juxtaposes traditional views and housing styles with the radically new designs appearing in four major urban centres, Vancouver (12:30),Toronto (12:10), Halifax (8:10), and Berlin (9:40). Jokes focusing on professional practitioners are interspersed amongst the city views. Distinct sounds from the streets recorded live in each city forms the soundtracks of each of the four videos.

In each of the four individual works that comprise Becoming…, every shot is a fixed camera frame that presents a dialogue between old and new elements of the built environment in the four cities. Every shot suggests a juxtaposition unique to each locale.

Becoming… Halifax was shot and edited during our 2014 residency at the Anna Leonowens Gallery, NSCAD (Nova Scotia College of Art & Design University) in Halifax. Structured similarly to the earlier …becoming series with shots of the streets of Halifax intercut with jokes. During the shooting, we discovered that Halifax has a number of historic plaques marking tragedies in the city’s history such as the expulsion of the Acadians in 1755, the Halifax explosion of 1917, and the razing of Africville from 1964-67. Interwoven with these now mostly benign looking sites are scenes from recent construction projects taking place in the city at the time we did the recording. The work ends with shots of the huge open pit of pre-construction for the planned convention centre.